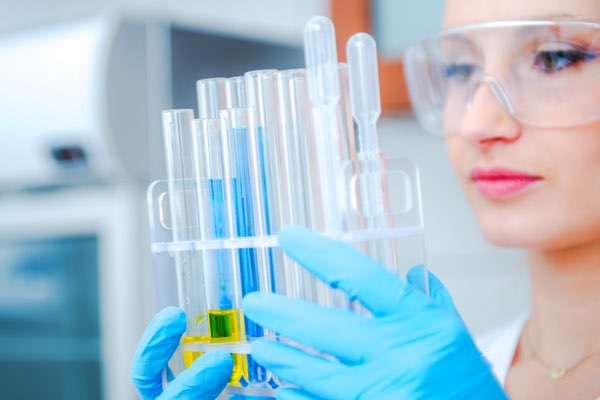 The absence of suitable biomarkers for amyotrophic lateral sclerosis (ALS) poses a major obstacle to therapy development. For this reason, the discovery and validation of potential disease progression and pharmacodynamic biomarkers has been one of the top priorities in ALS research.

In a groundbreaking study published in the journal Neurology, researchers with the University of Miami Miller School of Medicine and Flinders University in Australia have identified concentrations of p75ECD, the extracellular domain on the common neurotrophin receptor p75, as the first biological fluid-based biomarker for ALS progression.

The study was led by Mary-Louise Rogers, Ph.D., senior research fellow at Flinders University, and Michael Benatar, M.D., Ph.D., professor of neurology, Walter Bradley Chair in ALS Research, and executive director of the ALS Center at the University of Miami Miller School of Medicine.

Their research shows that the urinary concentration of p75ECD increases as disease progresses in ALS, and raises the possibility that p75ECD could also serve as a marker of pharmacodynamic effect in future treatment trials. Moreover, the level of p75ECD at the time of initial study assessment appears to predict the future course of disease.

Neurotrophin receptor p75 is a growth factor receptor that promotes the survival of nerve cells. Under normal circumstances, it is highly expressed on motor neurons during development but decreases after birth. Following nerve injury, however, the expression of p75 is increased and the extracellular domain of p75 is detectable in urine.

“Based on these observations in my lab, we hypothesized and then showed, that p75ECD is excreted into the urine of SOD1 mice, the most commonly used animal model of ALS,” said Rogers, who pioneered the p75ECD assay with her then doctoral student, Stephanie Shepheard, Ph.D. “These findings empowered us to then test the hypothesis that p75ECD might also be found in the urine of patients with ALS and that it might have potential as an ALS biomarker.”

“It is exciting that we have now identified, for the first time, a biological fluid-based biomarker that changes as disease progresses in ALS,” said Benatar. “Until now, the lack of such biomarkers has been a crucial but unmet need.”

“The finding provides a quantifiable measure of the severity of motor neuron degeneration in ALS, and offers a unique opportunity to use p75 as a biomarker of pharmacodynamic effect in phase II ALS trials,” explained Benatar. “p75 has the potential to transform the conduct of phase II clinical trials, making it easier to decide which experimental therapies are worthy of further investigation in phase III studies.”

A study to replicate and validate these findings is underway through the CReATe Consortium (www.rdcrn.org/create) led by Benatar.